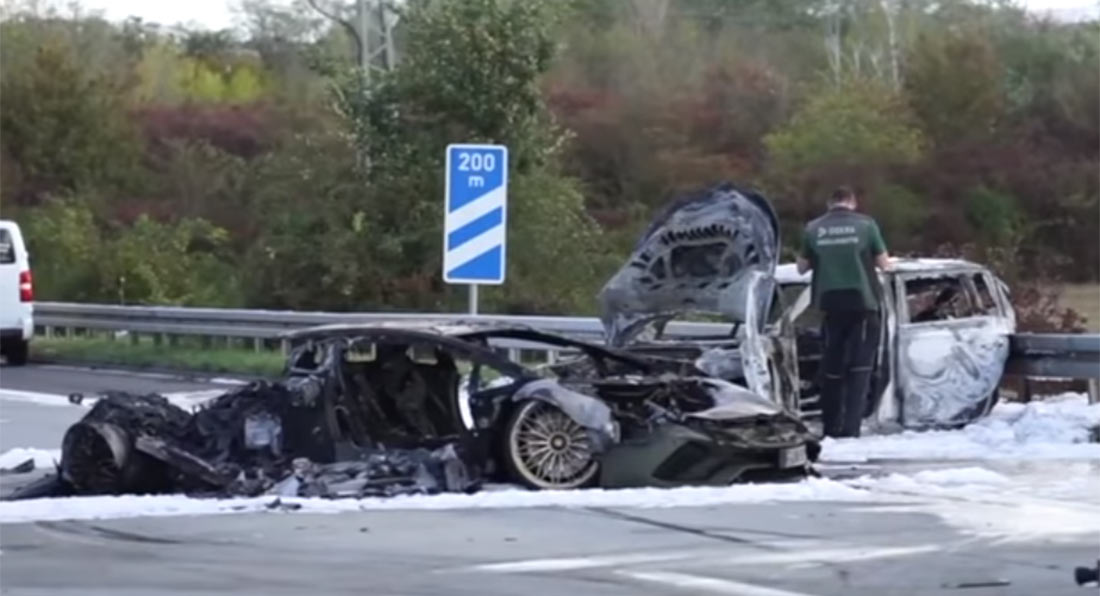 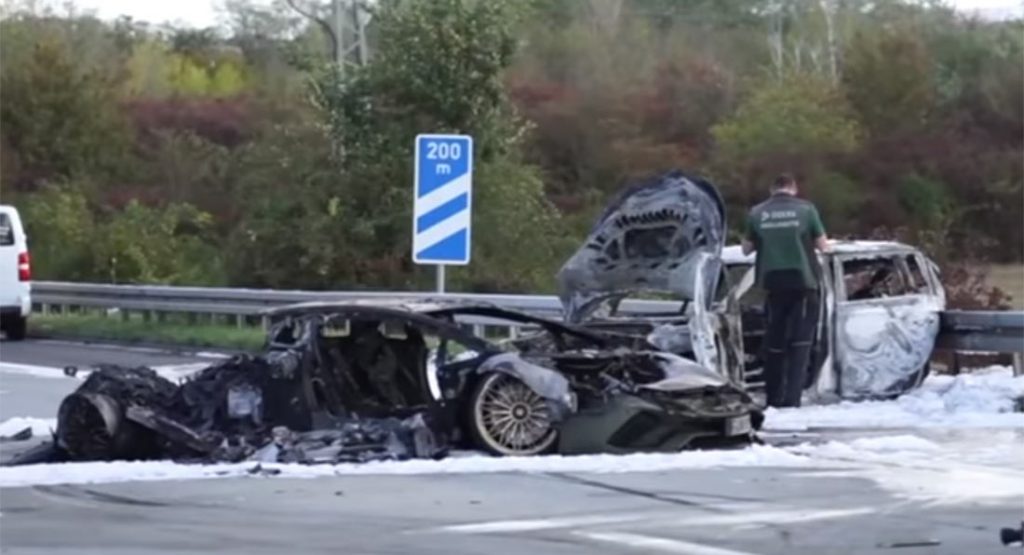 A social media influencer has been arrested in Germany after crashing his Lamborghini Aventador S into a Skoda and killing its driver during an alleged illegal street race.

The devastating crash happened last week on the A66 highway near the German city of Hofheim. Behind the wheel of the matte green Lamborghini Aventador S was Instagram influencer Navid Alpha, who has over 1 million followers.

German publication Bild reports that the driver of the Aventador S lost control of the Italian exotic and crashed into a guardrail before hitting a Skoda and an Opel. Immediately after the impact, the Lamborghini and the Skoda caught fire and, while Navid Alpha was able to escape, the Skoda driver wasn’t so lucky and tragically died at the scene.

A video taken just prior to the crash shows Alpha speeding down the highway in his green Aventador while being followed by a white Aventador Roadster and a Porsche 911 GT3.

It is reported that the Instagrammer was taken to a nearby hospital after the crash and is currently in police custody. The 26-year-old driver of the Porsche was arrested shortly after the crash, but investigators are still searching for the driver of the second Lamborghini involved in the alleged race.

The Instagrammer has shared various videos of his green Aventador on social media, including one on his Stories that shows him hitting 200 km/h (124 mph) with one hand on the steering wheel and the other hand holding his phone and filming.