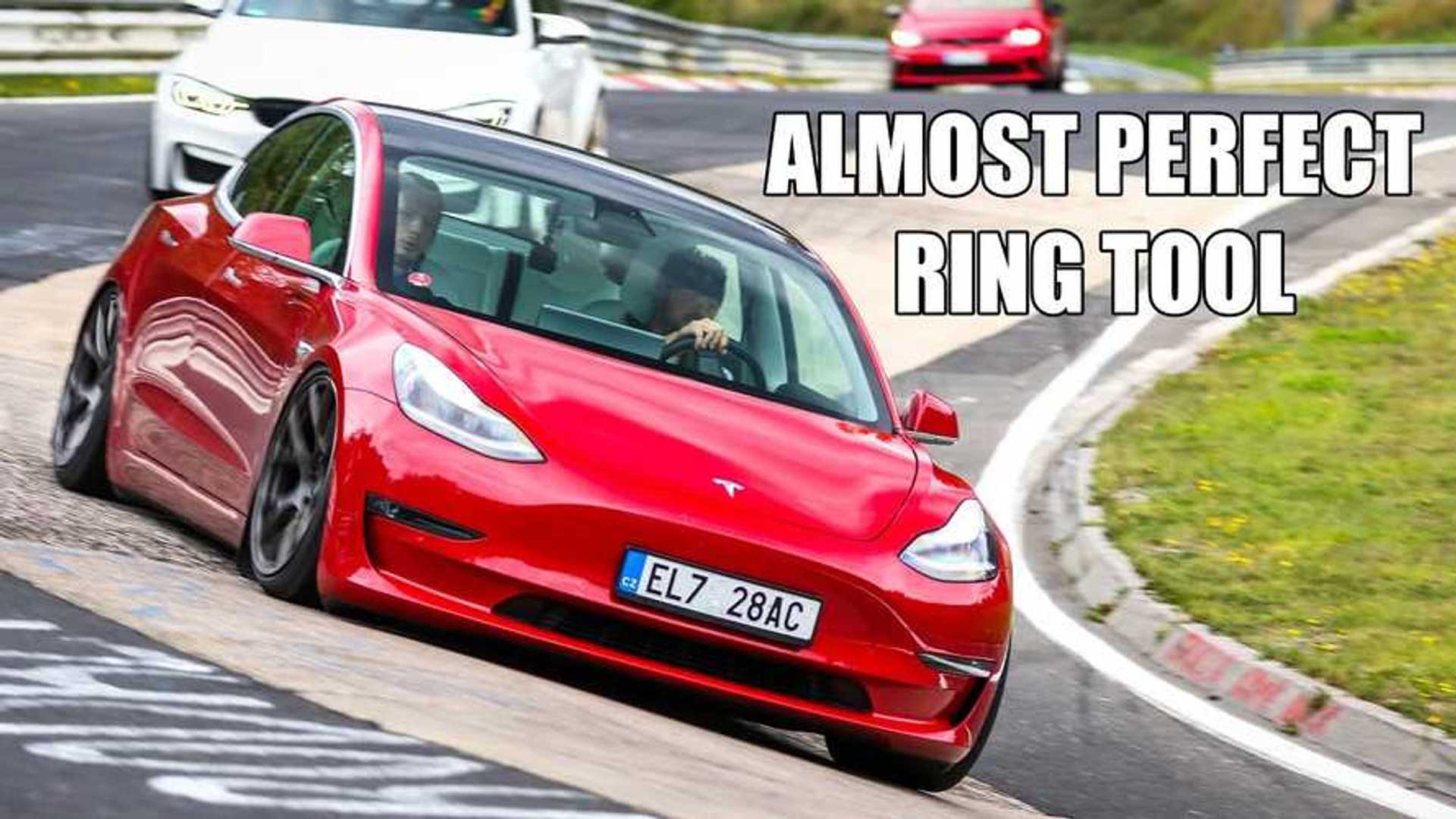 When car YouTuber Misha Charoudin first drove a Tesla Model 3 around the Nurburgring Nordschleife, he liked many things about it, but found some parts of the experience lacking. He said he really appreciated the power and the control it provided, yet at the same time he didn’t like the suspension and argued the brakes were not good enough for track driving.

Sometime after he posted that video, he received a message from a Model 3 Performance owner who had done precisely those modifications to his car. He had uprated KW suspension installed, as well as the brakes (which on the rear are borrowed from the larger and heavier Model S).

These two changes, along with smaller and lighter 19-inch wheels, should have a positive effect on the car’s track credentials, since it should roll less and also stop better consistently. And it all seems to work, according to Misha and his passenger (the Model 3’s owner) who makes constant groaning noises throughout the fast lap due to the forces he’s being subjected to.

Putting stiffer and lower suspension and upgrading the brakes always makes a car handle better and just doing these two modifications (as well as rims and tires) has the potential of transforming a car on track. The Model 3 was already great fun around a track, so it’s safe to assume this modified one is definitely even better.