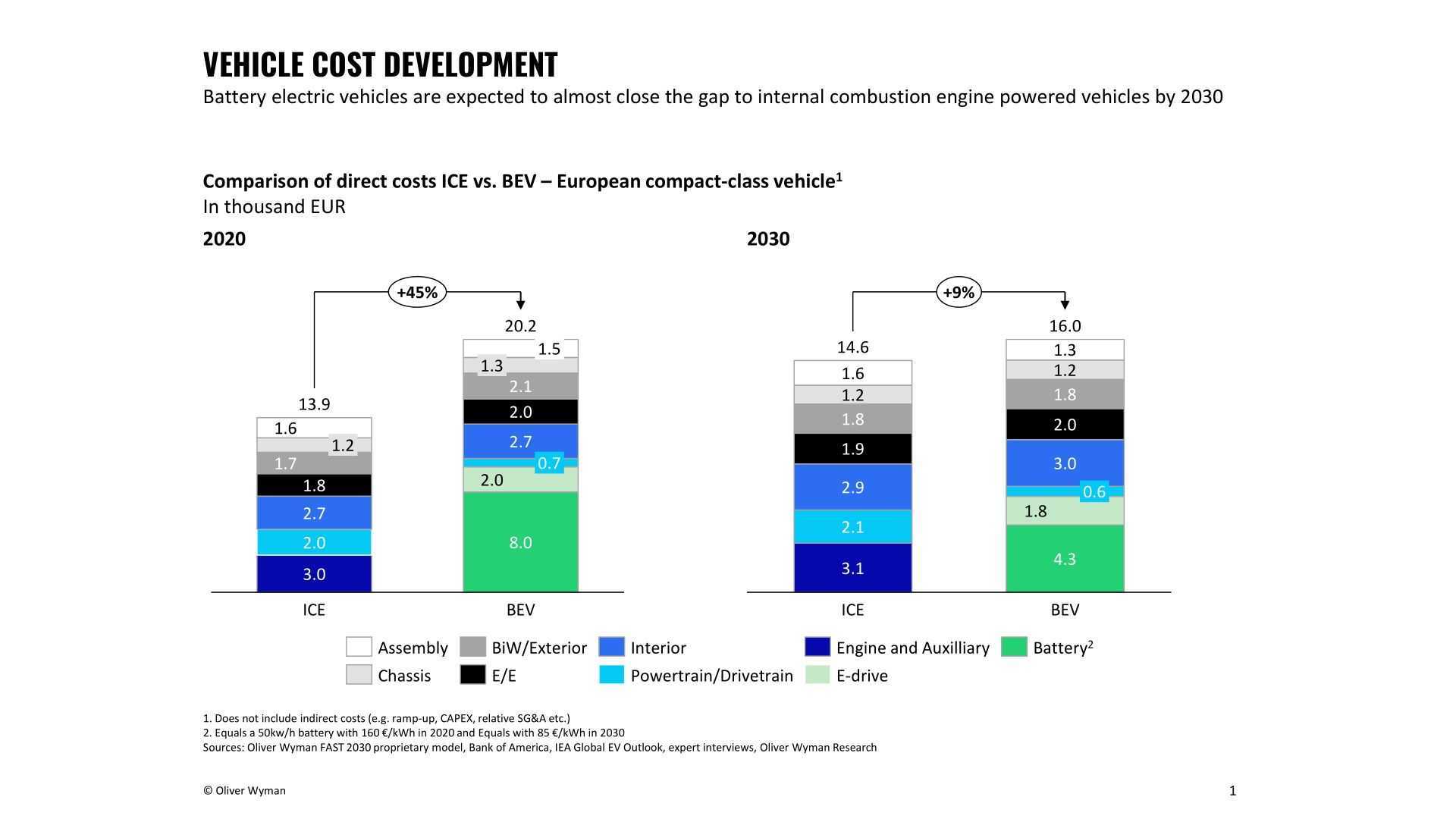 Talking about the profitability of electric cars is fascinating, especially after James Dyson gave up building his EV, claiming they were “unrealistically cheap.” Lux Research contradicted him by saying some are profitable – such as Tesla products – but it is always good to have numbers to confirm or deny that. Oliver Wyman gathered some and discovered electric cars are 45 percent more expensive to build than the ones that burn fuel.

The research was made at the request of the Financial Times and was very detailed, as you can see above.

Breaking down the numbers

When it comes to EVs, the categories repeat until powertrain/drivetrain. Electric cars do not have engine and auxiliary components, such as oil pumps, but they have an E-drive and batteries. We did not understand what makes the E-drive different from the powertrain/drivetrain in a battery-powered automobile, but we have asked Oliver Wyman about that and will update this article when we hear back from them. 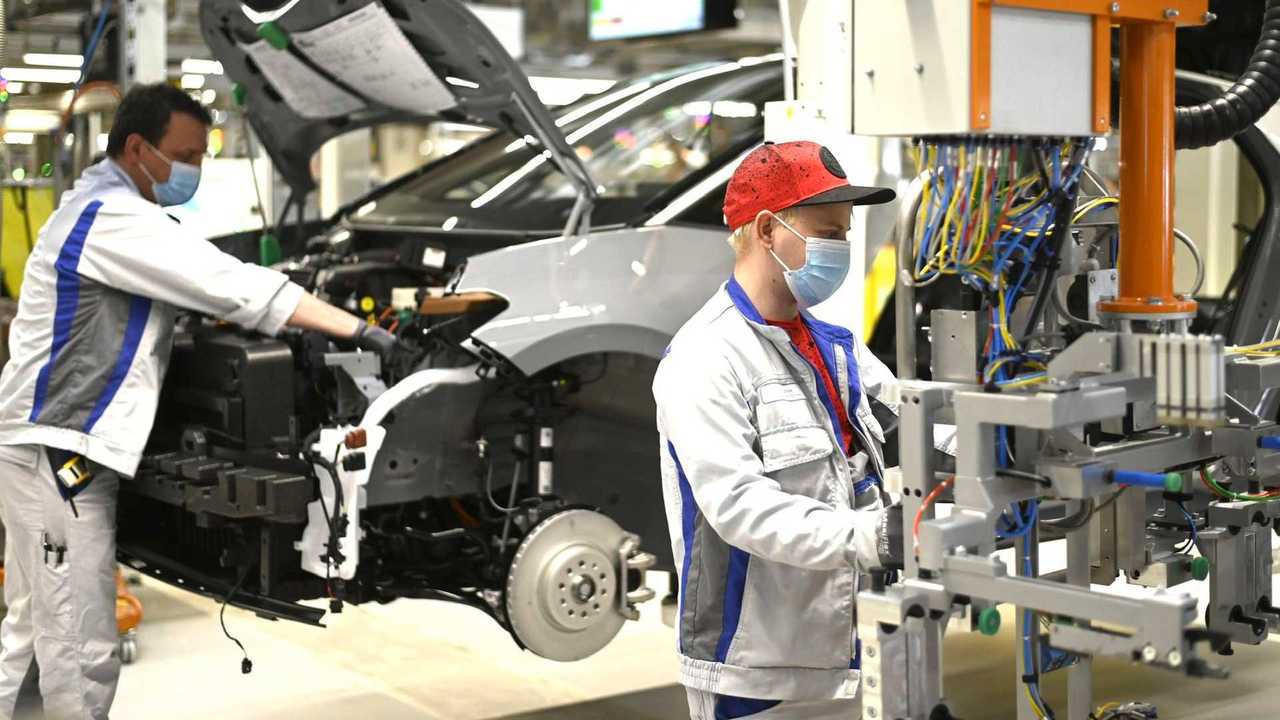 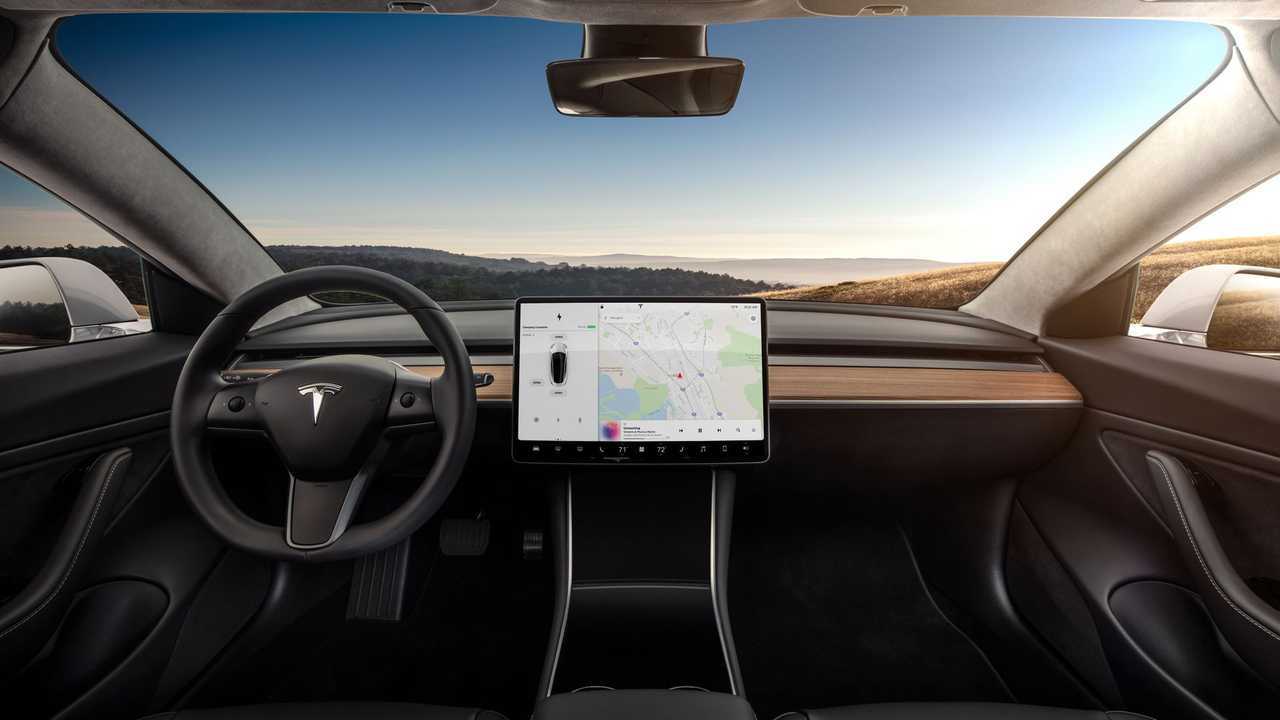 This gives us a fascinating insight into why Tesla is pursuing new ways to manufacture a car. If the Model Y mega castings can help bring down the cost of BiW, that’s quite an accomplishment. If production can be more automated, assembly costs decrease. If Tesla is able to deliver the innovative wiring harness it has patented, E/E also gets cheaper.

Now think about the Model 3 interior compared to that of the Model S. How much simpler is it? Can you imagine the savings Tesla had with the “minimalist approach?” Tip: it was not a matter of elegance or temperance.

The magic number needs to be even lower

It is widely said that a $100/kWh for batteries will make EVs competitive with combustion-engined cars, but Oliver Wyman argues that it is not quite like that. By 2030, the consultancy believes battery prices will be around $85/kWh. Even then, electric cars would be 9 percent more expensive to produce.

According to the Oliver Wyman numbers, that happens even with the price for ICE vehicles increasing to €14,600 by 2030. That’s a 5 percent enhancement, but electric car production costs will then be at a total of €16,000, or precisely 9.58 percent (€1,400) more than the 2030 combustion-engined cars.

When you check the numbers, the difference still lies in the powertrain+E-drive+battery cluster, which amounts to €6,700. In combustion-engined vehicles, adding the powertrain costs to engine and auxiliary ends up in €5,200, or €1,500 less.

If these numbers are precise, Oliver Wyman gave everyone doing electric cars an amazing tip on how to make a profit out of these vehicles: working on battery and motor costs is not enough. Dinosaur stuff also needs to evolve – and cost a lot less.