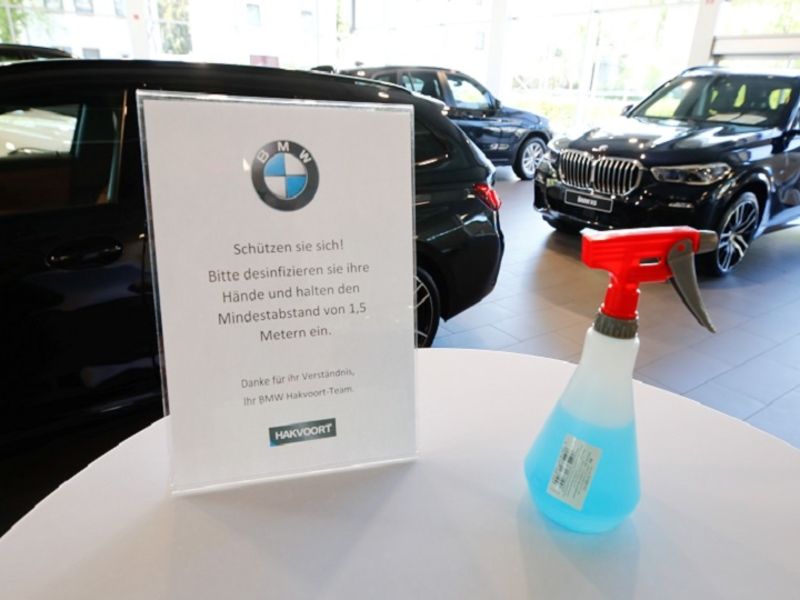 European passenger car sales slumped in April when the first full month with restrictions imposed to contain the coronavirus pandemic dragged sales to a record drop.

The sales tally was the lowest number since ACEA began gathering data in 1990. In March, registrations fell 52 percent as lockdowns began to be introduced across Europe.

Volkswagen Group’s volume fell by 75 percent, with Seat brand down the most at 81 percent. VW brand’s sales were down 76 percent, while Audi was down 77 percent, Porsche by 70 percent and Skoda by 67 percent.

PSA Group’s registrations dropped by 82 percent, with Peugeot and Opel/Vauxhall both down 83 percent, Citroen down 82 percent and DS down 74 percent.

Renault Group registrations declined by 80 percent, with Dacia down 80 percent and Renault brand down 79 percent.

Sales recorded double-digits fall in all European markets in April, with Italy and the UK both down 98 percent, Spain down 97 percent, France down 89 percent and Germany down 61 percent.

Dealerships have reopened in most markets and automakers have started reopening plants, fueling hopes that April will mark the trough, followed by a recovery similar to the one in China, where auto sales rebounded last month.

But European consumer behavior remains uncertain because of shaky investor confidence and concerns that restrictions could be tightened again in the event of a second wave of infections.

Automakers have warned that they will lose money because of the pandemic, which comes at a sensitive time. Manufacturers are increasing spending on electric vehicles to meet tougher emissions regulations and need profits from conventional cars to fund those investments.

Sales have dropped about 40 percent during the first four months, in a sign that a full recovery will take some time. European car sales are forecast to decline as much as 20 percent in 2020, according to Bloomberg Intelligence’s Michael Dean.

Bloomberg and Reuters contributed to this report